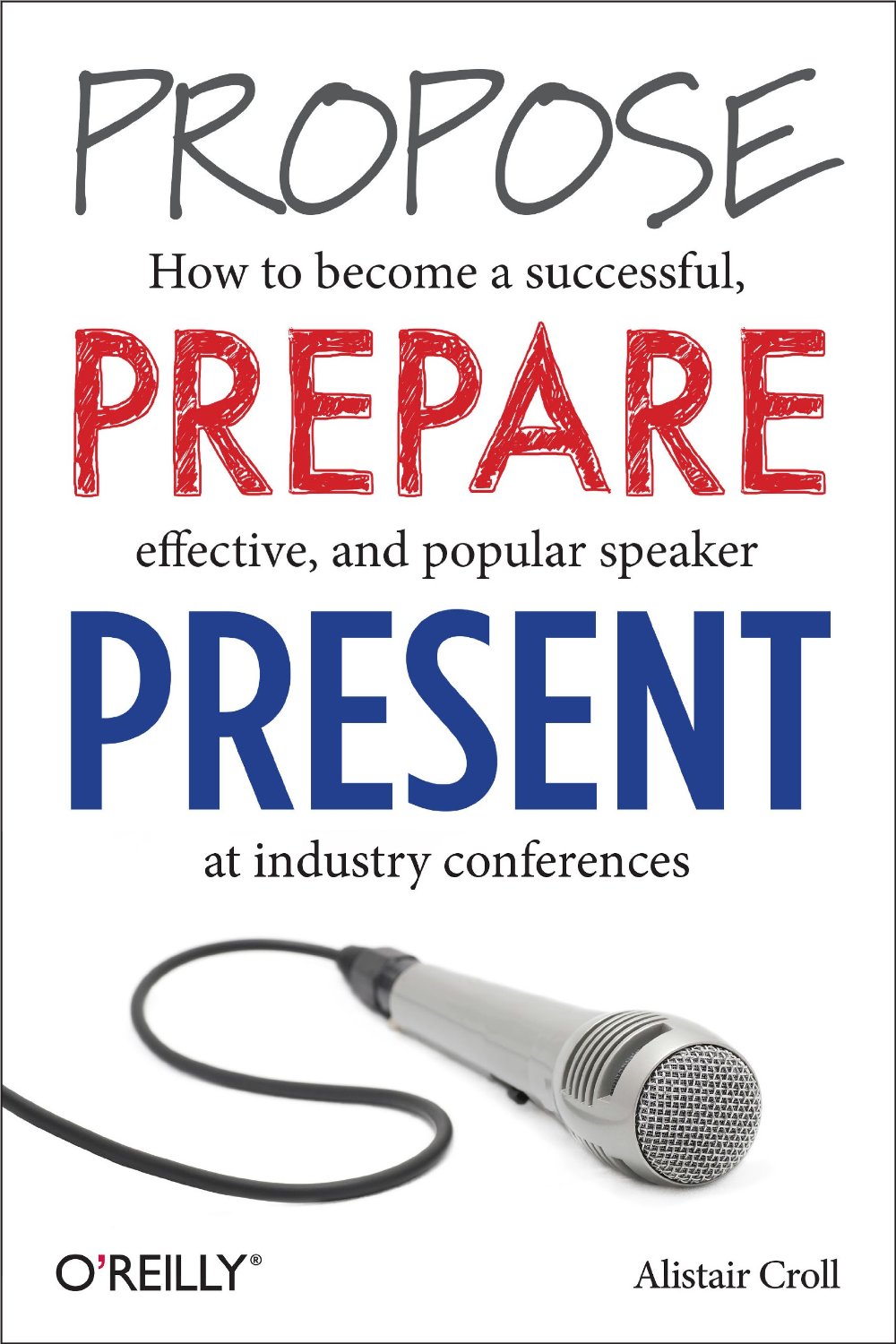 I’ve been speaking at some conferences lately. Â I knew I needed to get better with my submissions and hoped Alistair or Edd would write a blog post about how to improve. Â Alistair did except it got out of hand and became a book.

This book becameÂ Propose, Prepare, Present. Â It was exactly what I needed to improve my submissions. Â He doesn’t just cover the tactics of what makes a submission good or bad. Â I appreciated this well-rounded approach.

The book shows some of the cardinal sins one can commit. Â These aren’t just problems with a submission that will get you rejected; there are the ones that get you on the informal black book of conferences. Â Some of these are obvious and some aren’t.

He also gets into the behind the scenes of the conference industry to show why things happen. Â I run our local developers group and I’ve always been curious about the inner workings of a big conference. Â I experience many of the same problems, but at a much, much smaller level. Â The book shows the politics and money that the big boys deal with. Â It covers the review process and sheer number of submissions that conference gets. Â A good conference isn’t lackingÂ submissionsÂ and the odds are low of getting picked. Â This is the time when a poorly written or a typo laden submission will get you tossed quickly. Â It’s nothing personal and someone else put the effort into making theirs better.

I’d like to add a few tips from my own experience.

The verdict? Â Buy it. Â I’m curious to see how much my submissions improve.