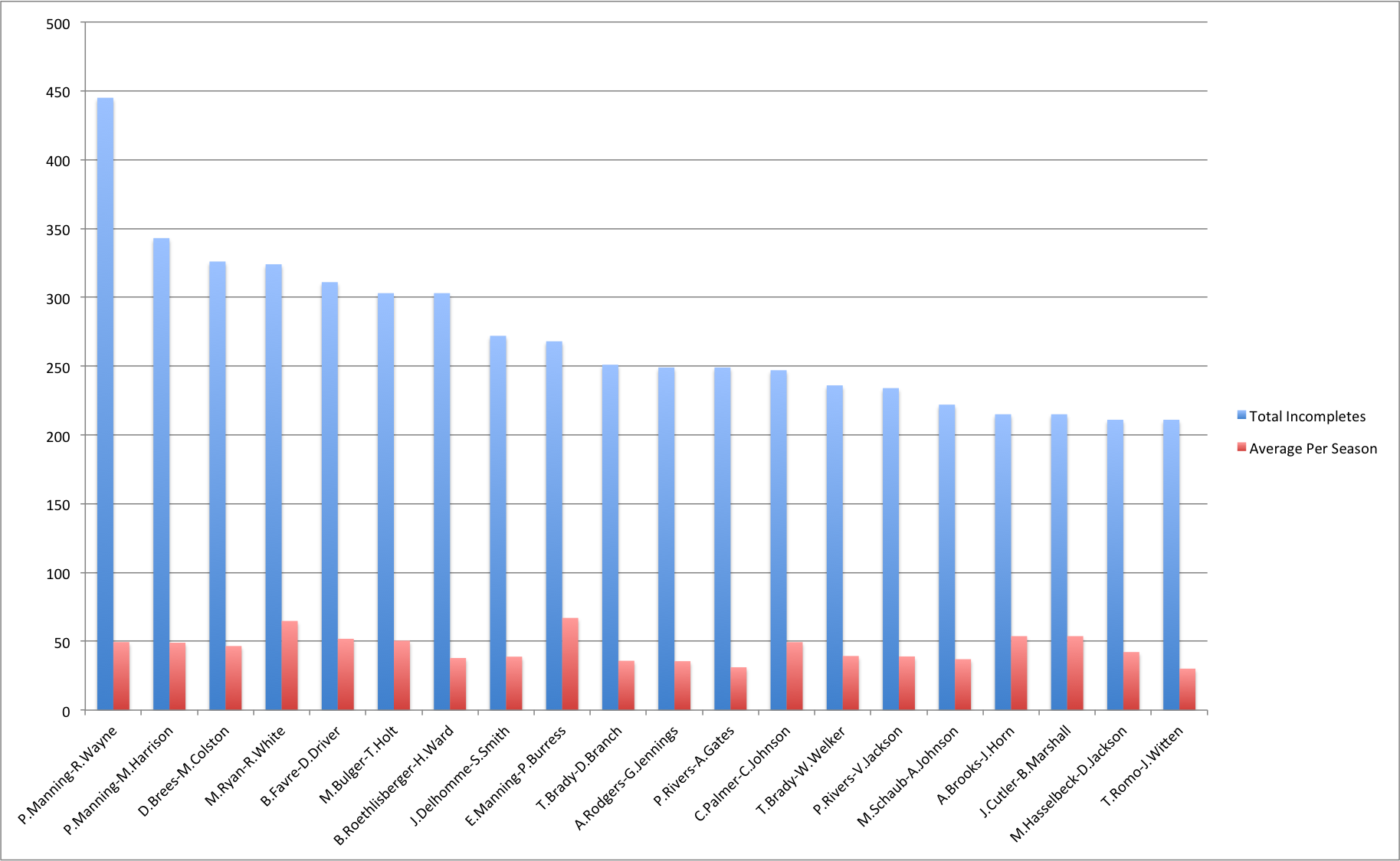 I have two more guest posts covering my NFL Play-by-Play project. The first is inÂ GigaOMÂ and there is a more technical explanation on Cloudera’s VISION blog. 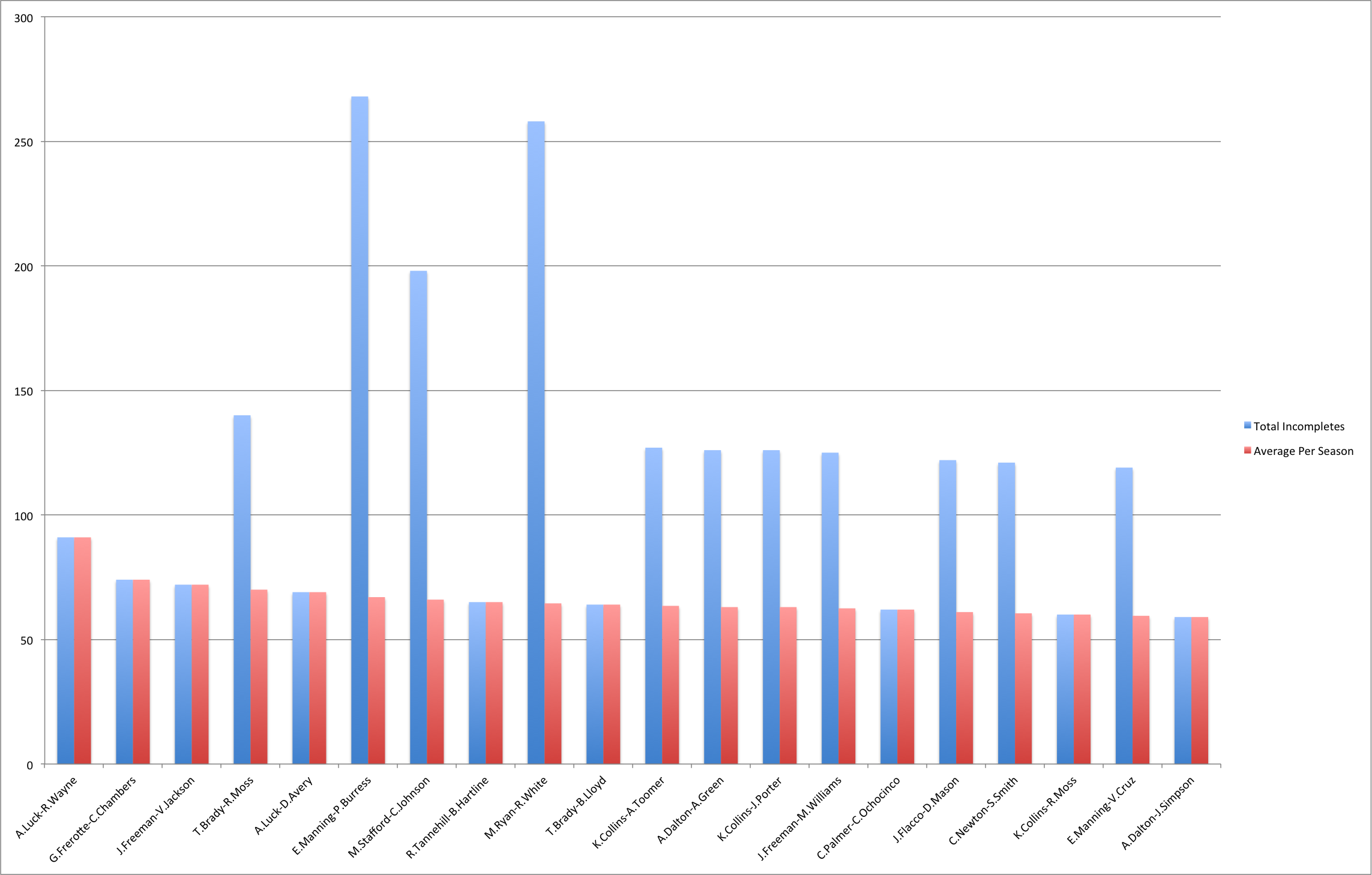 Advanced NFL Stats just released the play by playÂ of the 2002 season on. I some quick analysis of the data using Hive and MapReduce and decided to look at incomplete passes. Â The code is hereÂ on my GitHub account.   Â Update: Added in 2010...